It's taken a while, hasn't it? The time has flown by and since I got back from the US we've moved house, (which entailed having no internet for 5 days, of course) and have been trying to get ourselves straight in the new place, so my blogging has taken a bit of a back seat. But I'm trying to get back into it now, so here's Part I of my Chicago B00Bs post - finally. Oh, but before I start can I just apologise for the lack of B00B-related photos, I totally forgot to get my camera out at most B00B gatherings, so some of the photos you'll see on here have been 'borrowed' from other blogs/FBook, etc.

As you probably know, my darling hubby and dearest mum surprised me with a flight to Chicago (and New York) for my 40th birthday. I flew out from Heathrow early on Thursday morning and arrived at O'Hare about 10.15am (US time). Here's the skyline of Chicago as we came in to land: 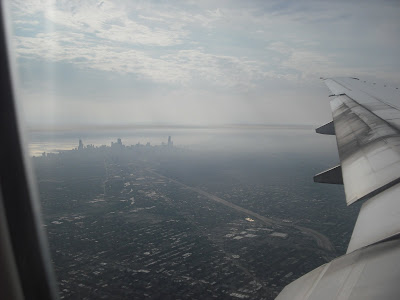 And that was very nearly the start and end of my trip all in one. Now, this is what could be considered to be a HEEE-OOOGE NSV, but at the time I didn't see it quite that way. When I got to passport control I presented my passport to the border control chap and he looked and it, then looked at me, then looked at the passport, then looked at me and then asked if I had any other photo ID. And then it dawned on me that I really don't look like my passport photo anymore (but that could be down to a whole host of things other than weight loss - change of hair colour, or - gasp -the ageing process, for eg!) 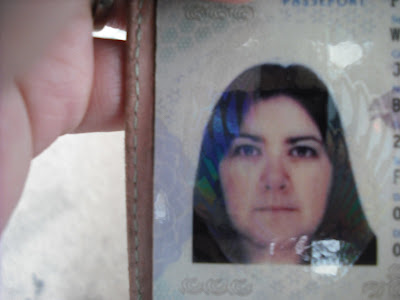 Which in one way is reallllly cool, and in another is a bit scary and not very useful when you're trying to get into another country and have no other photo ID with you. The border control chap then asked for my airline ticket, and after scrabbling through my bag I finally found the stub and that appeared to be enough, and I was allowed in - phew!

I was at the hotel by about 11.30am and straight away met up with Stephanie, Gilly, Linda, Angie, Jacquie and Camela and we headed out for lunch at Chilis. 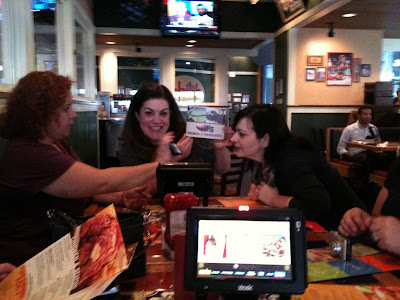 My lovely unfill allowed me to eat potato skins with cheese and bacon (I managed 4 out of the 5!), and they were yummy. 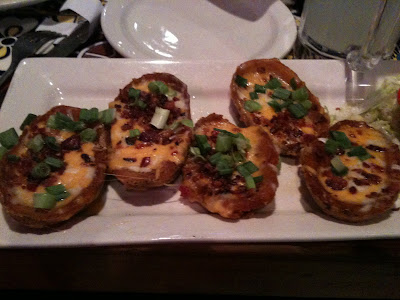 It was great to finally meet in person this first group of B00Bs, they were all super-friendly and made me feel very relaxed and welcome. After lunch I decided to head off to the shops on the Magnificent Mile; would you believe it rained? And this while the UK was enjoying an autumn heatwave - what a cheek! My first purchase was in Crate & Barrel - a really useful kitchen gadget for hubby, a pumpkin scoop - just what every home needs! 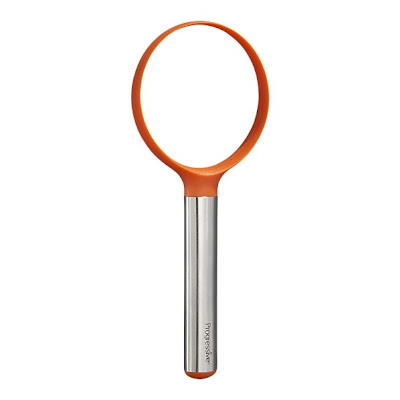 And that was it, the floodgates were opened and I didn't stop shopping til I got on the plane out of NYC 4 days later. 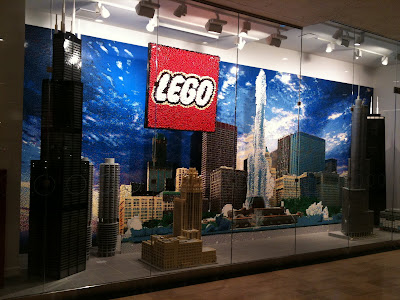 I got back to the hotel for 4pm and met up with lots more B00Bs at the 'unofficial' meet and greet - Jessica, Maria, Krystal (one of my roomies), Theresa, Kristin, to name but a few. I started flagging about 5pm and headed back to the room for a bit of a rest; I thought I might sleep having been up since about 4.30am UK time, but I was obviously too excited, so I unpacked instead and then headed out to Portillos for a hotdog and fries for my dinner - the lack of band restriction had clearly led to a decision to eat as much 'bad' food as possible while I had/have the chance! 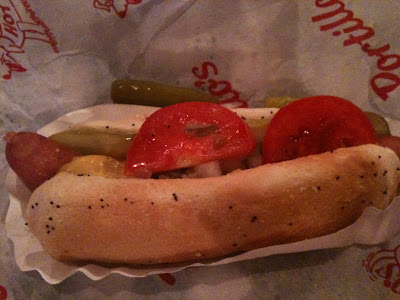 Then it was back to the room and time to get ready to head out to the Baton Lounge drag show with about 35 other B00Bs. Here I am with Draz and my roomie Krystal. 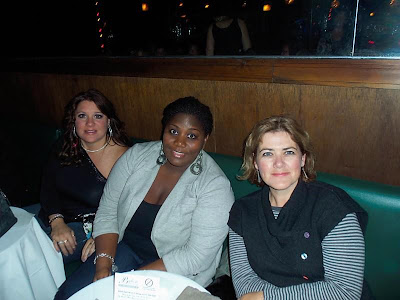 I've never been to a drag show before so didn't really know what to expect; at first I wasn't overly impressed, but then things picked up and it was really good fun. One of the performers had most of us wishing we had a body (and face?!) like his/hers - Mimi really was quite something to behold! And at the end someone, who remained anonymous, picked up the tab for all of us - whoever that was, thank you, it was very, very kind of you. After that I really did have to head back to bed and I slept the sleep of the righteous (or extremely knackered) right through til the next morning. And I think Friday can be another post.
Posted by Justine at 20:56 4 comments: